Skip to content
Mortgage Declined – What to Do Next?

Leave you details below and a member of The Mortgage Heroes will call you back as soon as we can.

Mortgage Declined – What to Do Next?

In this article we look at everything surrounding declined mortgages, including the reasons behind why you may have been declined and what you should do next.

Why Has My Mortgage Been Declined?

If your mortgage application has been refused, it means you don’t comply with your bank or building society’s lending criteria. They assess your application and have a list of requirements that you need to meet in order for them to lend to you, and if you don’t satisfy their demands, they’ll turn you away.

Every lender assesses applications differently, which is why you shouldn’t be too disheartened if your mortgage is declined – you just need to find a lender whose criteria you meet.

Mortgages can be refused for a whole host of reasons. Some of the most common include:

What Can I Do if My Mortgage is Denied?

If you’re finding it hard to find a lender suited to you, please don’t hesitate to get in touch with The Mortgage Heroes today. With access to the whole of the mortgage market and specially negotiated rates through our network Quilter Financial Planning Limited, we specialise in helping those with a declined application find the right deal. We’re familiar with lenders’ criteria so are able to match you with the one most suitable to you. We can also assess your previous application to help you identify how to improve it next time around.

Having your mortgage declined at the underwriting stage usually happens when an underwriter is concerned about a particular aspect(s) of your application. For example, there may be something undisclosed in your credit history, the documents you’ve supplied in your application may not be acceptable, or you may just be considered too great a risk.

Some people decide to appeal the decision, but it’s extremely rare for underwriters to change their mind as they are limited to the policy guidelines of the lender they work for.

Mortgage Agreement in Principle Then Declined

If your mortgage has been refused after an initial agreement in principle (AIP), then you’re in a much better position than you would be if you’ve never been approved. This is because with a full mortgage decline, you’ve either applied with an unsuitable lender or the lender isn’t willing to compromise on certain criteria. Mortgages declined after an AIP, on the other hand, can often be saved.

Adverse credit is a common reason for having an application accepted and then declined. Upon taking a deeper look at your application, the lender may have discovered adverse credit information. There are lenders who accept adversities, so any adverse issues should be disclosed from the outset.

Another common reason for being declined after being accepted is because you might not have met their policy requirements – you may not have been in your current job long enough, for example. This can actually be quite good news, however, as it means you were deemed creditworthy and passed the lender’s initial credit scoring system – you were only denied because of a specific requirement that another lender may be happy with.

A mortgage declined on affordability is among the most common reasons for refusal. Mortgage lenders uses unique assessments to determine attainable maximum borrowing levels and establish whether to accept your application or not. Each lender uses their own type of assessments – whereas some simply base it on a multiple of your income (or combined salaries in the case of joint applications), other lenders will calculate what’s affordable month-to-month. It’s important to note that each individual lender will have their own rules when it comes to what methods of income they will and won’t include in calculations, so again, it’s about finding the right lender.

Although very rare, sometimes a mortgage can be rejected after exchanging contracts. Usually the reason for decline at this stage is because of some historical adverse credit – providing fraudulent paperwork, false information or failing to disclose bankruptcy, for example. In other instances, your lender may have reassessed your finances and decided against lending to you.

After exchanging contracts, you are legally committed to buying the property. This means that if you don’t buy the property you’re obliged to – even if your mortgage application falls through – you’ll forfeit your deposit.

If you’re in a situation whereby you’ve exchanged contracts but find yourself with no mortgage, you should try and find a new mortgage as soon as possible. Speaking to a mortgage advisor is recommended to help you find a suitable solution.

Declined Mortgages with The Mortgage Heroes

Here at The Mortgage Heroes, our team have years’ experience in helping those who have already been declined find a mortgage. Whatever the reason, we have seen it all before, and can help.

With access to thousands of deals from across the market, there is a strong chance that one of these lenders will be right for you. We have direct access to the banks’ underwriters meaning we can speak to them and put your case forward in the strongest light.

We can help you find a mortgage. Contact a mortgage hero today. 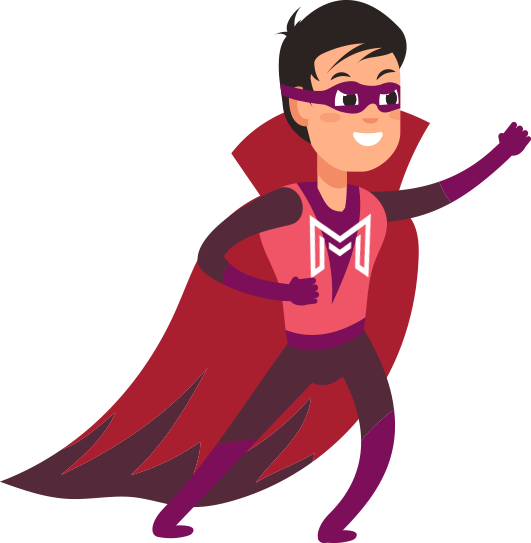 Need help with your mortgage?

Fill in the form below and a hero will get in touch with you.

Getting a mortgage doesn't have to be difficult. We can help you find a mortgage today!